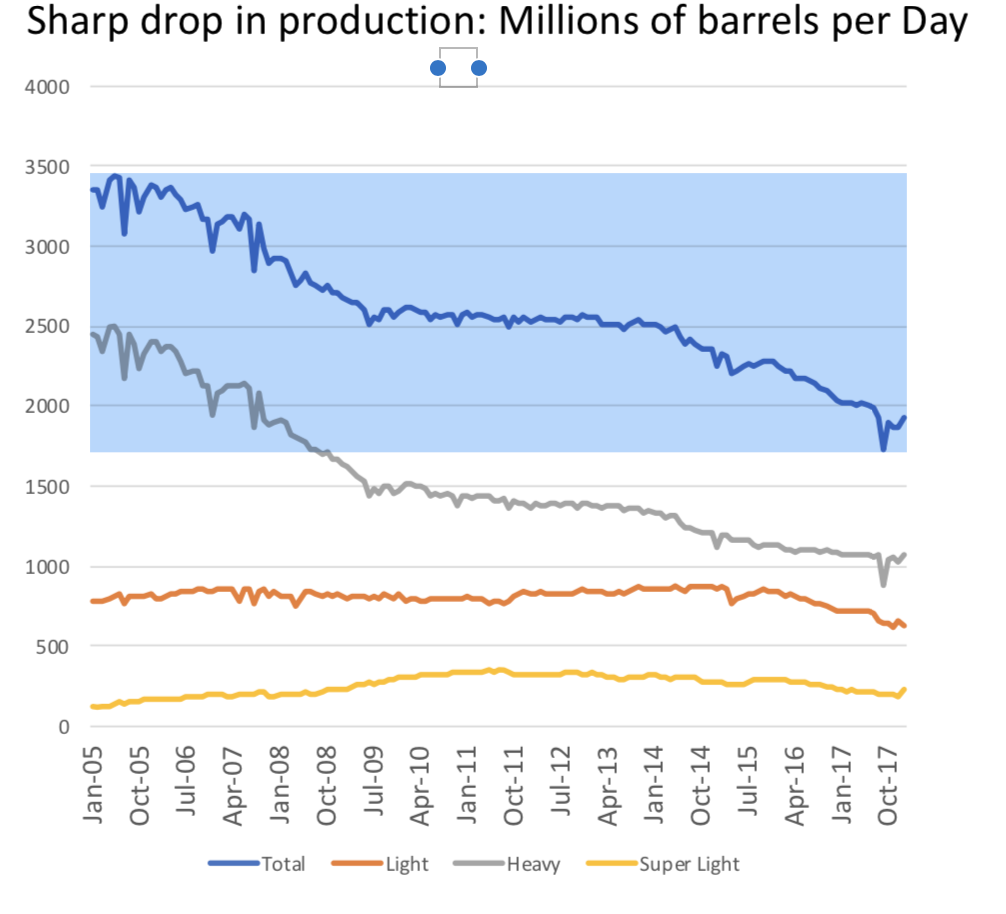 In mid-March, I had the honor of presenting at the Joint AJC-Consulate of Canada-Consulate of Mexican event on Energy Transitions in NYC. The event ranged from issues of energy transition and risk across North America and Globally – a very wide remit. For me, it was an opportunity to take stock of the uncertain energy transition in Mexico after the reforms implemented at long last under the Pena Nieto administration. Many of these are under review under the AMLO/Morena administration which has a steep learning curve in this area and which is struggling a bit to communicate its differentiated energy policy to the markets.

Bottom line: Mexican energy reforms have partly succeeded in stabilizing production at a low level and bringing more pricing signals. However the fiscal position of Pemex and related contingent liabilities, coupled with mixed messages on the investment front, suggest that progress ahead will be slow, particularly given the relative attraction and cost structure in the U.S. New policies will be differentiated within the sector rather than any wholesale door shutting.

Please get in touch if you’d like to see the full presentation.

As with fiscal policy, the new administration is learning that its difficult to stick to its campaign pledges to swap financing to new areas of focus to change the dynamics of local production and resources.

All of these were designed to address a long-standing problem of significant drop in oil production (which peaked in 2006) amid an increase in demand for transportation fuels and power generation. Mexico met most of this increased demand via imports, particularly from the U.S. and indeed the bilateral energy shift mirrored the broader global shift in U.S, energy net exports. Mexico is the largest buyer of U.S. natural gas, the primary consumer of piped gas, and a significant buyer of refined petroleum products. In fact, refinery shortfalls meant that Mexico increasingly purchased fuel products from the U.S. in some cases exporting its crude oil and receiving back refined products – not a great outcome as I’ve noted in looking at countries ranging from Nigeria to Canada, who also have various reasons for importing significant products. 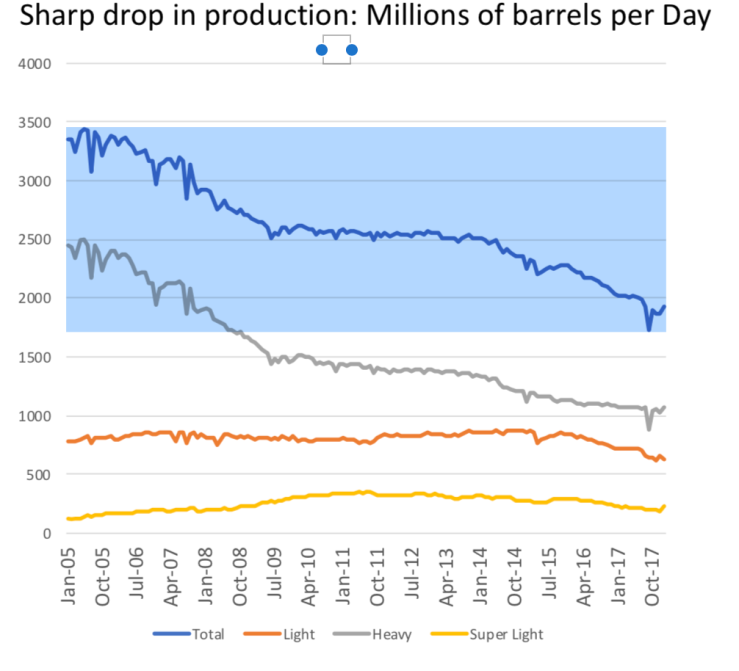 Mexican reforms have succeeded in stabilizing and marginally increasing crude oil production, but demand and thus imports have grown more quickly. Recent concessions and new blocks should add a few 100,000 barrels, but the broader impact is more medium-term. Natural gas imports have increased rapidly, suggesting that Mexico was a beneficiary of the shale boom as otherwise the costs of providing fuel would have been even more costly. There were some successful auctions, with significant learning after each auction. However, the moves have not been popular at home, especially after the increase in fuel prices and efforts to clamp down on smuggling.

A Reorientation: How much of a Change?

On the campaign trail, the new government was very opposed to the energy reforms threatening to reverse most of them and revert to a dominant role of Pemex, and make sure there were benefits for local populations and looking to significantly reduce imports. In office they have so far been more measured, looking to delay high cost developments and auctions (partly rational given the oil price trends). However this has come at the cost of freezing many deals and significant uncertainty about terms and new developments and regulations. Moreover, its not yet clear who speaks for the government on this issue, with the president frequently announcing and contradicting some of his cabinet members. The messaging is still becoming clearer as the government moves up the learning curve.

Lingering issues are many including how they will finance the adjustment and  how they will resolve the efforts to reduce  imports. Doing so especially cutting natural gas cold turkey would be detrimental and would likely raise costs and impose contract issues. Doing so amid a broader move to encourage local exploration and also install more renewable options (solar), where they make sense would be less disruptive. Same thing with the refinery issue which has been the source of much debate. Clarity on terms of investment is critical.

Beyond the balance of payments issue, it is a major fiscal one. Contingent liabilities remain a major concern particularly around Pemex, which remains one of the global energy companies with a weak balance sheet that impairs investment, While the debt profile has improved in the last few years and it benefited from the recent capital injection, clarity on government plans going forward will be key to both the sovereign and the company rating outlook and borrowing cost. Pemex also suffers from relatively high costs around labor and equipment, which would increase if new local content suggestions are implemented.  The political grandstanding around ratings won’t help certainty for the country as a whole and could impair other parts of fiscal space. Doing even a part of the other expenditure switching in Mexico would require clarity on this critical part of the government balance sheet. Failing to do so could complicate a wide range of policy issues, impair space and weaken its credit outlook. The new government is aware of some of these tradeoffs, but questions remain on whether they can pull it off, particularly at a time when they are also challenged by a delayed USMCA ratification and other issues.