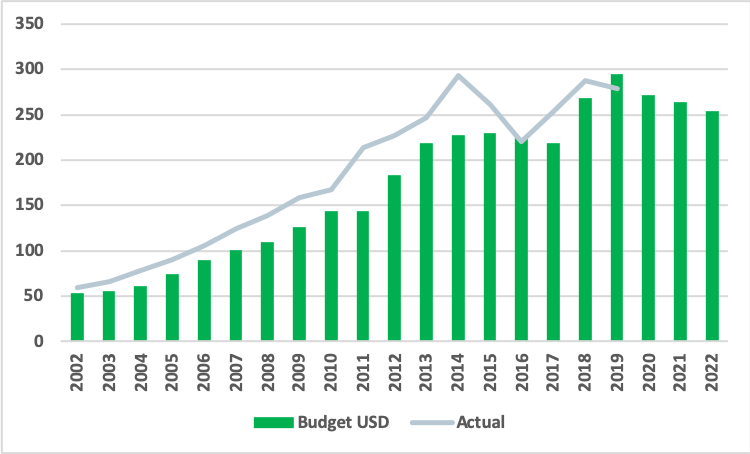 Saudi Arabia’s budget statement for 2020 was approved December 9, the end of a busy week for the country and its energy sector, including the prior week’s OPEC+ meeting and key developments in the long-awaited IPO of Saudi Aramco, its state-owned energy company. The budget takes a relatively conservative stance on both oil and non-oil revenue and a very conservative approach on spending – it asserts that in 2020 the government will cap spending near its 2019 level (which in turn is on track to be weaker than budgeted) and then proceed to cut spending (in riyal and USD terms) for the proceeding two years. If implemented, this would make government spending a meaningful drag on growth. However the central government is far from the only source of public spending in the economy and other entities are likely to continue to play a more significant role in stimulating the economy. whether or not they report on that spending in a clear transparent way, remains an open question. 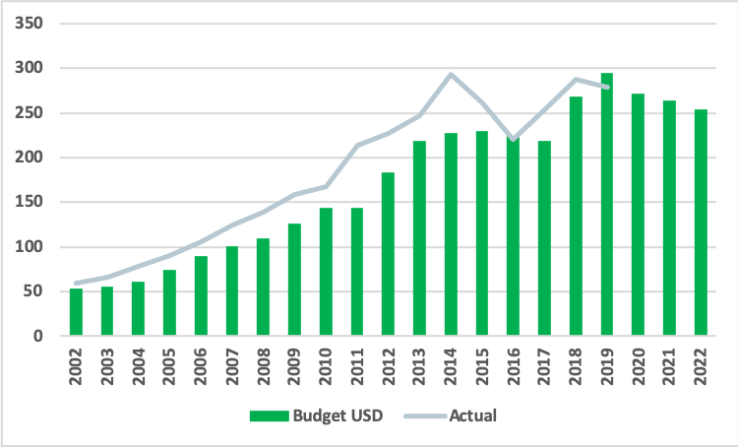 Bottom line: With the central government avoiding too much debt and looking for cost-savings, Saudi Arabia’s economy is becoming increasingly reliant on off-balance sheet government spending, including entities like the Public Investment fund. Overall government policy stance is more supportive of consumption than investment and non-oil GDP will struggle to regain pre-2014 pace, while the oil sector remains a drag on growth, albeit a diminishing one as the year continues.  Low global interest rates should support credit growth, which is slowly starting to trickle into the private sector. mostly households.

Global Implications: Despite the conservative budget, Saudi Arabia including sub-national government linked entities is likely to remain among the larger EM debt issuers, and keeping portfolio flows, the main source of capital for the country.  It also suggests Saudi Arabia, the head of this year’s G20, may be following peers into a more neutral/contractionary fiscal stance at a time of sluggish global growth. The fiscal stance is consistent with the higher energy policy stance.

The December 5-6 OPEC and OPEC+ meetings agreed to further output cuts through the spring of 2020, aiming to redistribute some of the production cuts. Recently Saudi Arabia bore a disproportionate share of the burden, while some other countries complied or overcomplied by accident,– either due to domestic political issues that limited output or the imposition of U.S. extraterritorial sanctions which limited their ability to sell output. Others, especially Iraq, have been increasing their output and may struggle to rein in this production. Critical to the success of the deal are the decisions of Saudi Arabia, Iraq, Russia and of course aggregate impact of many U.S. shale producers.

Investment plans and output in the U.S. shale patch has been slowing down, as has the rate of growth in output, though there is still likely to be over 1 million barrels a day added in 2020, along with some noticeable growth from a few other non-OPEC players like Brazil and the reversal of Canadian curtailments. All of these plus relatively soft energy demand growth is likely to make it difficult for OPEC+ to balance the market. Major EM importers like China and India are experiencing sluggish growth, exacerbated by credit crunches. This suggests it may be difficult to bring the market into balance, suggesting that Saudi Arabia may continue to need to trim production.

What does this mean for Saudi Arabia’s economy?Energy output and investment is likely to be a modest negative early in 2020, waning over the course of the year, as incremental cuts are more modest and natural gas related investment continues. Aramco is unlikely to cut output further, given the need for associated gas, domestic demand and the costs of upkeep. This suggests that the drag will wear off through the year, even if there is not a major increase in output as OPEC+ and Saudi Arabia energy sector remains under wraps. Indirectly, the health of the oil sector is key to the broader economy, helping with liquidity, equity (all the more so after the Aramco Issuance) and facilitating the government spending posture. This suggests that non-oil growth pickup might be a bit more modest.

What about the impact of the Aramco IPO?